One of the unique aspects of our company is that we are equipped to carry out both major construction projects as well as small, general commercial maintenance issues that arise on a daily basis.

We do much of the work with in-house personnel, including construction, electrical, voice and data installations, and have a stable of fully insured subcontractors with whom we have a long-term relationship. Our employees go through an extensive background check including a drug test.

Thank you for taking the time to learn about our company. We hope that can add you to our list of satisfied customers!

What we stand for:

I - INTEGRITY - Personal and professional. You can trust us to stand by our commitments and to conduct ourselves with the highest level of integrity.

T - TRUST - A trust we establish with our customers that leads to a mutually rewarding and lasting relationship.

V - VALUE - Our goal is to bring added value to every customer and project. Let us assist you in value engineering your next project. 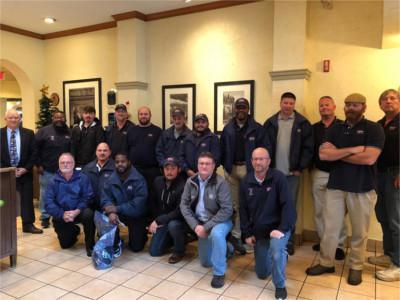 Our work continues to grow along the east coast. Our terrific staff is here to serve you!

Paul started ITV Associates, Inc. in 1994. Prior to ITV,  Paul worked for 20 years for Federated Department Stores in facilities management, capital construction and maintenance, and disaster response, ran a successful residential and commercial property inspection business, and designed, developed and marketed home inspection software.  He founded Wire Nuts Electrical Services in 2004 to better provide electrical construction and repair services to our customers. Currently, Paul oversees construction and renovation projects while expanding the business in Georgia, North and South Carolina, Alabama, Virginia and Tennessee. When not working, Paul enjoys riding his motorcycle, shooting targets at the gun club, and participating in activities at Community Bible Church. 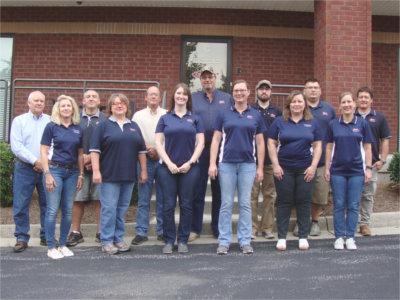 Our Georgia staff continues to grow. We are committed to constant quality improvement. We look forward to serving you!

Brent Dodson integrated Dodson Electrical Services into Wire Nuts Electrical Services in 2004. Brent has 23 years of experience as a Master Electrician. In addition to performing and supervising electrical repairs, Brent serves as a field superintendent on many of our construction projects. In his spare time, Brent likes to hunt quail and shoot targets. He has served as a Scoutmaster several times during his long association with the Boy Scouts.

Sean Perrine joined ITV Associates in November 2014, as a Mobile Maintenance Technician for the western region of North Carolina. Later, he was promoted to serve as a Lead Technician, supporting other Mobile Maintenance technicians in his region. In January 2019, he was promoted again, this time to the role of Regional Operations Manager for the First Citizens Bank account.

Sean married his high school sweetheart, Jennifer, and they have three wonderful children, Bryan (26), Jillian (25) and Alyssa (19).  Sean served our country in the US Navy.  He rates his family and military service as the top highlights in his life.

An avid NASCAR fan, Sean’s favorite driver is Dale Earnhardt, Jr. He also enjoys watching NFL, and follows the Oakland Raiders.  In true Navy form, his favorite form of vacationing is to cruise to the Bahamas.